Morestead the veteran racehorse wore the 3 piece suit with matching custom tweed cap as well as a shirt and tie for the opening day of the Cheltenham Festival amidst the delight of race-goers and the media.

The tweed suit was designed by former Alexander McQueen apprentice Emma Sandham-King and commissioned by William Hill.
Emma spent 4 weeks creating the tweed suit and said that it was one of the most challenging projects she has worked on.

Now that's the true meaning of a  "clothes horse". 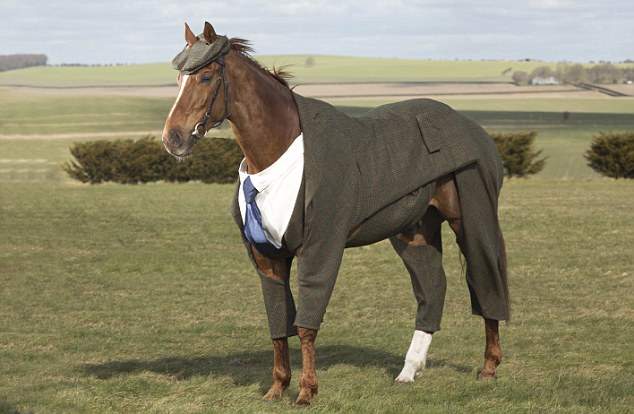